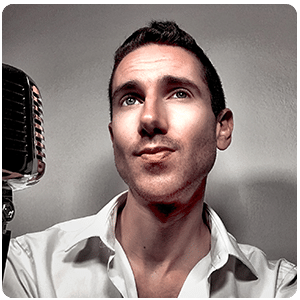 “It’s the most beautiful treatment I’ve ever heard, of any music, at all.“

And since publishing his music performances in late 2018, Mario has received accolades from dozens more artists, including the likes of legendary singer-songwriter Judy Collins, pop phenom Lizzo, multi-Grammy Award-winner Seal, and soul crooner Sam Smith, along with some of the most influential and successful writers and producers in the music industry.

But Mario wasn’t always exclusively a solo artist — his history as a teacher has been equally illustrious, having worked with multi-platinum vocal recording artists, while educating at such prestigious establishments as NYU’s Clive Davis Institute and LaGuardia Arts High School, with his own patented method of vocal pedagogy.

He has also won John Lennon and Bertelsmann songwriting awards, and has taken solo bows at Carnegie Hall and The Kennedy Center.

Now, as Mario sets out on a path to release more of his own music, he is choosing to give back to the forthcoming young artist community with a series of workshops and private lessons on contemporary vocal craft, as well as with his “Musicality For Dance” curriculum, created after over a decade of collaborations with movement artists from companies and programs such as Nederlands Dans Theater, Bat Sheva, Martha Graham, Parsons, So You Think You Can Dance, World Of Dance, and more.  The “Musicality For Dance” program was inaugurated at the Martha Graham School in New York City at the end of 2019